In the second act of the musical Hamilton, Eliza Hamilton sings these words as she burns letters from her husband, Alexander:

‘I’m erasing myself from the narrative

How Eliza reacted when you broke her heart’

Hamilton isn’t as accurate as a textbook, but this did actually happen! Elizabeth Hamilton really did burn letters from her husband, Alexander Hamilton, from a few years when she found out about his affair, and so we really don’t know what her reaction was. Of course, it is unfair to think that all historical figures were performing to, “future historians” but, chances are, things like this really did occur and that is why it is so important to question our sources.! It is not limited to historical sources either! We have to look at all kind of sources and question them:, instead of just taking them at face value.

You do not have to treat all your sources with the utmost suspicion however, learning to ask the right questions of your sources is crucial, and a difficult skill to master.

One technique can be in asking equal questions of your sources on the first appraisal of them: of when they were written, what biases or assumptions the author may have had, and what their purpose is. This can help you to start prioritising which sources you use, and with how much scepticism you should treat their work.

While reading ask yourself: do they show what evidence or sources they use to support their argument? how strong is that evidence? how logical is what they say?

There is also the question of where you look in your research. If there is one thing you remember from this: Mr Smith’s online blog does not count as good academic research! I mean, great for Mr Smith for making a blog, but it shouldn’t be where you go to start researching. Wikipedia is actually a good place to start if you are looking up something you don’t know much about: but do not call it a day there! Sometimes the pages will have good references at the bottom which can be one place to start looking deeper. Once you have collated your basics, you can start to dig deeper in loads of different places!

Here is a list of just some to get you started:

Let’ take a look at an example: an essay on the Prime Minister’s decision to engage in the invasion of Iraq in 2003. Some sources you might go to are the Prime Minister’s announcement of the decision, government archival records of Prime Minister’s Question Time from that week, and perhaps there is also a relevant article in a tabloid newspaper about the event which you found with a Google search.

To start, you can ask, ‘when were they written?’ The first two sources are pretty contemporary to the event, but say that the tabloid newspaper article was from 6 months later. That is quite a long time given the context!

Then, you could ask, ‘what were the biases of the writer?’ The Prime Minister might be defensive of his decision, the people in Prime Minister’s Question Time often ask critical questions to hold the Prime Minister and his cabinet to account, and tabloid newspapers quite often write sensationalised articles with specific ‘angles’.

It is with some basic questions like this that we can start to prioritise sources. If I were going to put them in an order of priority, I would look at the Prime Minister’s announcement first so I can get a clear picture of his rationale. Then, I would look at Prime Minister’s Question Time to see if he gave any more reasoning for his actions, and what the attitude of his cabinet was. Finally, I would look at the tabloid newspaper article to see how this lined up with my other sources of information, and what else this could bring to the picture.

It is not about valuing one source less than another, it is just about learning how they work most effectively in answering your question. Like a jigsaw, some pieces are more important in forming the bigger picture than others; how you put them together is key to presenting strong work.

This is not just something for politics, history, the sciences or any other academic subject. It is important in the modern day, too. Media is filled with news stories and sometimes their sources for reporting are worth questioning. A statement from the Prime Minister can be taken very differently to a tip off reported 6-months late in a tabloid newspaper, for example. The same applies to looking up the answer to a question on Google and finding some guy’s blog, rather than an answer which has a clear source of information that you can follow up, too. It is important to question where we get our information from and how seriously we take this beyond just our research.

More than that, the term ‘Fake News’ is a real main stay of modern culture, and for most people in Generation Z, it has been a mainstay of our adult/adolescent lives. So, it is also really important to be able to tell when what we’re looking at is Fake News, too. You can use the same principles you learnt here: question where the information is coming from, see what their biases might be, and of course, you can always give the article you’re reading a good Google to put it in some more context! Keep your reading of the world around you just as wide and varied as you would in your studies. Do not be satisfied with dodgy information guiding your everyday life and decisions. This website here can give you some more ideas about Fake News, and how to navigate this on a day-to-day basis. 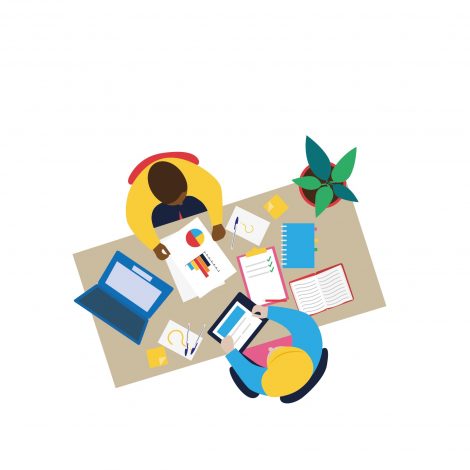 Whether it is a library book or an article you have found on Facebook, learning how to question what information you are reading is really important. It doesn’t mean you have to live in a constant state of paranoia, but it does mean you should be curious about the world around you: or the world you are researching. Be fair and equal in your questioning, and try to learn how to ask the right questions of your sources. It will make you a more objective, better informed and discerning researcher for it, and you will reach far more sound conclusions.

Now take a look at the downloadable worksheet below and see if you can practice your source analysis skills. Then move on to the next page to complete this section. You can print it to fill it out or make notes in a notepad or wherever you would like. The point is to get thinking about different sources of information about a given topic.

Prioritise the sources below each topic heading in order of most-least suitable. Then, consider the first place of research for each topic. Is it suitable?  and write a sentence about why or why not.