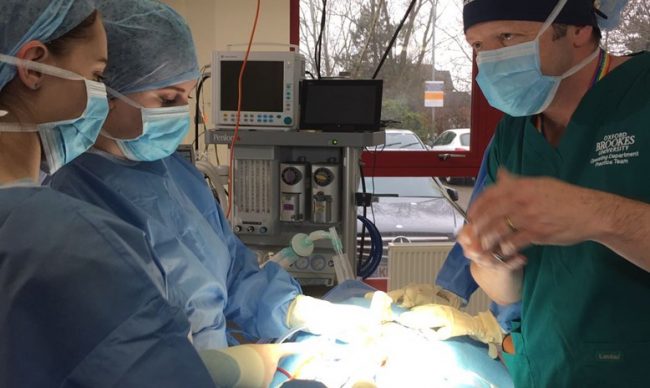 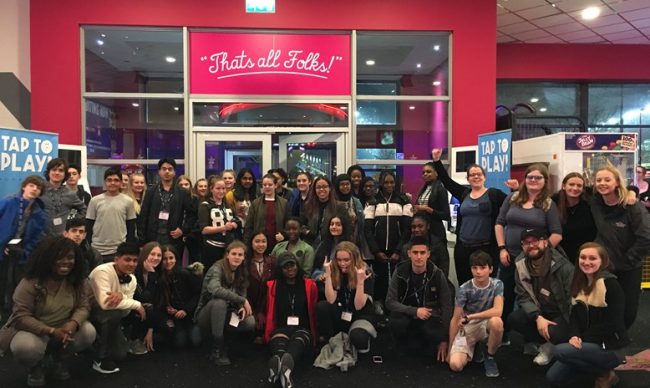 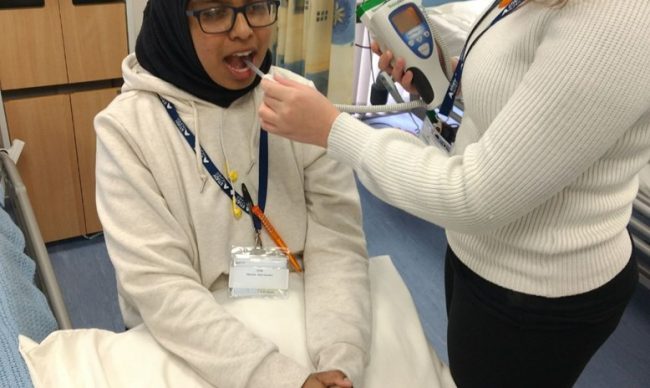 Day 1 of the Health+ Residential

As the students arrived on campus, they were introduced to the staff and student ambassadors who would be with them throughout their stay. After everyone was settled, the group were joined by Henry from Skills for Health who delivered a workshop on the NHS and the huge range of professions within it. Skills for Health allowed the students to gain more of an understanding behind certain careers and what educational routes would be best suited for them.

As all the students were from a variety of schools in Berkshire, Swindon, Buckinghamshire and Oxfordshire, we thought that it was time for some team building! We were joined by Wise Up, a team building company who run fun and challenging activities to help equip students with skills to think critically and problem solve. This active session allowed the students to mix with other students and build the confidence to make friends during their stay, similar to Freshers’ Week at university.

Before heading to our halls of residence, we had one more surprise activity planned. Students entered an inflatable dome to experience the Immersive Theatre. Inside, the students sat on the floor, gazing up at a 360 degree projection about human biology. This 20 minute film took them through a visually stunning journey explaining DNA and cells in our bodies.

After getting everyone settled into their bedrooms at Balliol College at the University of Oxford and indulging in the wonderful food in their dining room, everyone set off to go bowling at Hollywood Bowl, as well as playing on the arcades of course!

During their stay, the students all had their own private bedrooms at the College, which is right in the centre of Oxford. For some, this was their first time staying away from parents and family, which was very exciting. There were even rumours that some of the rooms were haunted! Joining the students on their stay were current Oxford Brookes University Student Ambassadors, who made sure the students were safe, having fun and getting a real feel of what university life.

Day 2 of the Health+ Residential

The second day of the residential started with the students jumping on their allocated coaches to focus on specific subject areas. They had a choice of Nursing at Buckinghamshire New University, Sports Exercise and Coaching at Oxford Brookes Headington Campus, Operating Department Practice at Oxford Brookes Swindon Campus or Paramedic Emergency Care at HealthTec Thames Valley.  . Each institution created a unique, interactive day for students giving them an introduction into the above courses. This variety allowed the students to see that there is more on offer within the Health Care sector than they perhaps knew about.

While the buses were returning with the students, their parents were welcomed on to campus to attend the closing ceremony and afternoon tea. During this ceremony students were welcomed on stage to collect their certificates and were given a huge round of applause for the courage and enthusiasm in attending the 2 day, non-stop residential at Oxford Brookes University.

Many of the students attending this event did not know anyone, but they left with Snapchat contacts of new friends as well as valuable information about the health sector. This information will enable the students to realise the options available to them when they leave school. As well as having a good time over the two days, the students will be more prepared for what is next to come in their educational pathway.

We would like to wish each and every one of them the best of luck for the future. 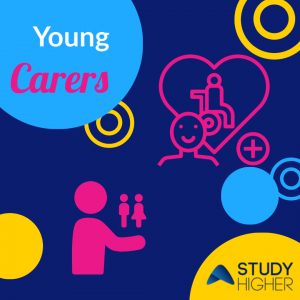